Godzilla: The Series (also called GTS and Godzilla: The Animated Series) is an American animated television series which originally aired on Fox in the United States. The show premiered on September 12, 1998, and continued until April 22, 2000, and is a direct follow-up spin-off to the 1998 American Godzilla remake. The show can also be seen as an alternative world or continuation to the 1998 film's universe.

Using an art style similar to that of Adelaide's previous productions Men in Black: The Series and Extreme Ghostbusters, the series follows the Humanitarian Environmental (or Ecological, in the Area 51 episode) Analysis Team (H.E.A.T.), a research team led by Dr. Nick Tatopoulos (voiced by Ian Ziering) as they battle giant monsters which frequently appear in the wake of the events depicted in the film. Godzilla, the only hatchling of its species to survive in the movie, imprints on Nick and becomes the chief weapon summoned against the other monsters encountered by the human characters.

The series also introduces two new characters: Monique Dupre, a French secret agent assigned by Philippe Roache to keep an eye on Godzilla and H.E.A.T., and Randy Hernandez, an intern of Nick's who specializes in computer hacking.

The Monster Wars Trilogy was a compilation of three GTS episodes and this trilogy was later released on DVD and Game Boy Color.

Despite the mostly negative response to the film, the animated series still did well during Fox Kids' Saturday morning line-up and was praised by those who condemned the film. Ultimately, the series was overshadowed by the late 1990s Pokémon/Digimon war between Kids WB and Fox Kids during the 1999-2000 season. The result was Godzilla: The Series being placed in different timeslots on Saturdays to accommodate many of the Digimon marathons and back-to-back episodes; this would also affect other Fox Kids shows as well. For a brief period of time, episodes of Godzilla: The Series were either never repeated, or skipped over and rescheduled. There was a brief period where the show was taken off the schedule to accommodate new shows for mid-season, resulting in three episodes that were never broadcast.

Sony Pictures Home Entertainment released two separate episode collections on VHS; Trouble Hatches, composed of the two-part pilot, and Monster Wars featuring the three-part story arc of the same name.[1] Columbia TriStar Home Video has also released nine episodes on DVD, spread out onto three separate volumes: "The Monster Wars Trilogy", consisting of the same three episodes previously released on the VHS of the same name, Monster Mayhem, which included What Dreams May Come, Bird of Paradise, and Deadloch, the third volume was entitled Mutant Madness, which contained S.C.A.L.E. (Fist Of Godzilla), The Twister and Where Is Thy Sting?.

Also the special edition DVD of the film titled Godzilla: Monster Edition also contains three episodes of the TV series What Dreams May Come, Monster Wars Part 1 and Where Is Thy Sting?.[2]

As of October 2010, the entire series is available on the Netflix Instant Streaming service.[3]Subscribers of Netflix can now also watch all forty episodes of the series. Netflix has also made available the two episodes The Ballad of Gens Du Marais and Tourist Trap, which were not broadcast on US television.[4] 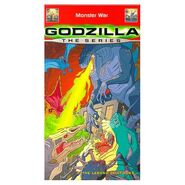 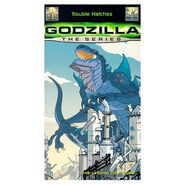 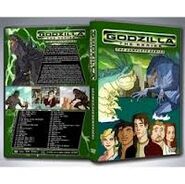 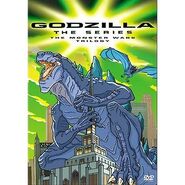 As of July 2008, Minisodes of The Series can be streamed on Sony owned Crackle. In addition, Kabillion syndicates the series on Comcast's On Demand service as well as online.

A line of Godzilla: The Series toys were planned by Trendmasters in 1998 but which were cancelled due to the bad sales on the first toyline for the film. 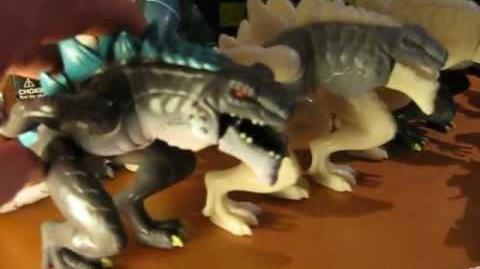 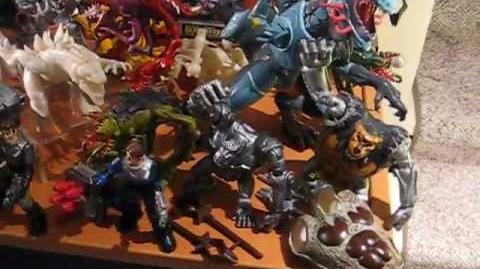 The show was adapted into a comic in 1998 in the Fox Kids Magazine - Godzilla: The Series. 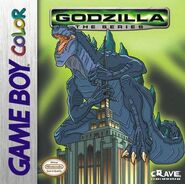 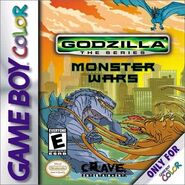 Retrieved from "https://the-american-godzilla.fandom.com/wiki/Godzilla:_The_Series?oldid=17326"
Community content is available under CC-BY-SA unless otherwise noted.